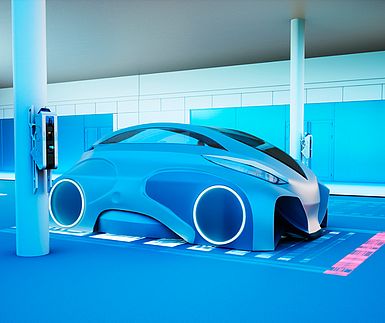 Inductive charging, which can eliminate the need for cables and extend the range of electric vehicles, is now closer to realisation

The European Commission has proposed an effective ban on the sale of new petrol and diesel cars by 2035. Emissions from these produce greenhouse gasses that drive climate change and also contribute to air pollution, a major cause of health problems and premature deaths worldwide.
However, electric vehicles often require large, heavy batteries and suffer from limited range before they require charging – which has impacted on consumer uptake.
‘Inductive Power Transfer’ (IPT) also known as ‘Wireless Power Transfer’ (WPT) is an attractive alternative to prevalent battery charging technologies. Using a strong magnetic field, vehicles can be inductively charged either when parked at a charging station (‘stationary charging’) or whilst the vehicle is in motion (‘dynamic charging’).
In the dynamic mode there is no need to stop to replenish the battery – greatly extending distances possible for electric vehicles.  IPT also has other advantages – it pairs well with autonomous driving, requires smaller batteries and, as it does not use cables, can be done without the driver's help; in other words, it is itself autonomous.

A number of issues required addressing before this technology could become readily available. The intense magnetic field that transmits power is mitigated inside and around the vehicle by shields and concentrators but induced physical effects on human beings must be assessed by means of advanced models and verified by means of accurate measurements, especially for those with medical implants such as pacemakers. In addition, there was little knowledge on the accuracy in the determination of the energy transfer efficiency between the charging point and the vehicle – essential for correct billing purposes. There were also no European calibration facilities to assess the performance of instrumentation involved.

These problems were addressed by the recently completed EMPIR project Metrology for inductive charging of electric vehicles (16ENG08, MICEV). Amongst its many achievements the project:

As well as the facilities, instrumentation and simulation models developed the highly successful project also published 15 open access peer reviewed publications, gave around 20 presentations, and performed more than 20 dissemination activities. The final project event reached an audience of almost 400 people from the field.

Following the publication of the best practice guide the project’s coordinator Mauro Zucca (INRiM) was asked to be part of the working group on WPT of the 106 Committee of the Italian Electrotechnical Committee (a mirror group of IEC 106). The working group has the task of drafting a technical report on WPT (both inductive and radiative), the first draft of which is anticipated to be completed in 2022. The technical report is a prelude to an Italian national standard.

This project has facilitated the implementation of wireless charging for electric vehicles on public roads and highways, thus providing public assurance on the safety and the cost of using this form of transport and inductive charging technologies. 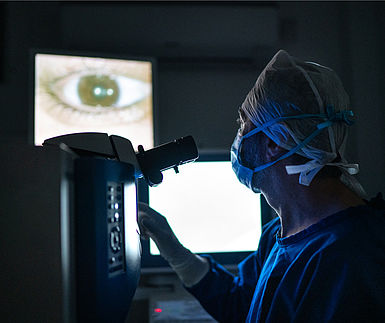 Glaucoma is the leading cause of blindness, and now an EMPIR project has provided metrological validation for instruments that detect the main risk fa... more 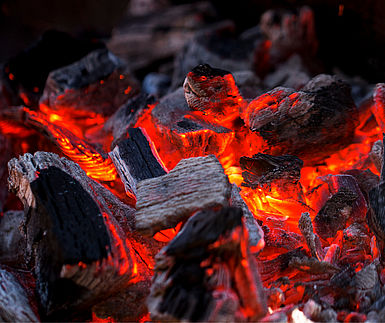 TraceLabMed members vote in a new chair & vice-chair, and re-elect network secretary for another term more 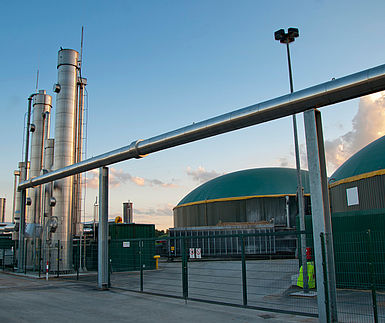 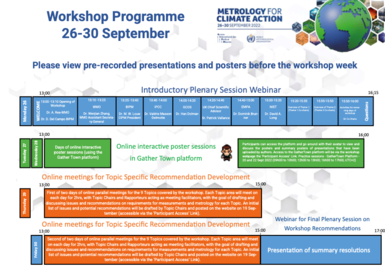