Test flight in Chernobyl, outside the exclusion zone. Photograph courtesy of BfS

After a nuclear or radiological event, radiation protection authorities and other decision makers need quick and credible information, based on reliable radiological data, on the areas affected. However, the potentially large areas affected and risks to people in the vicinity pose difficult measurement challenges.

EMPIR project Metrology for mobile detection of ionising radiation following a nuclear or radiological incident (16ENV04, Preparedness) developed new measurement techniques and traceable calibration methods for determining ground surface activity concentrations using data collected by unmanned aerial vehicles (UAV), and for radioactivity in air measurements using transportable air-sampling systems. This will support timely, effective action that protects the public and environment against the effects of ionising radiation in the aftermath of nuclear and radiological emergencies. The project will also ensure the new instrumentation and procedures are taken up by nuclear regulatory bodies, environmental agencies and international standards organisations.

In this project, several mobile ionising radiation detection systems were developed that can be transferred easily and quickly to areas such as contaminated zones. The research of the project included field trials at the following locations:

Video showing UAV flights during a measurement campaign over the city of Pripyat in the Chernobyl exclusion zone.

Video taken during a measurement exercise in September 2016 at three different locations in the exclusion zone. The gamma dose rates varied between 1 and 40 μSv / h.

‘the various UAV based measurement campaigns demonstrated the capability to measure dose rates and activity concentrations on the ground by remotely operated airborne detector systems. This is of key importance for the protection of health and life of early responders in case of a nuclear or radiological accident’. 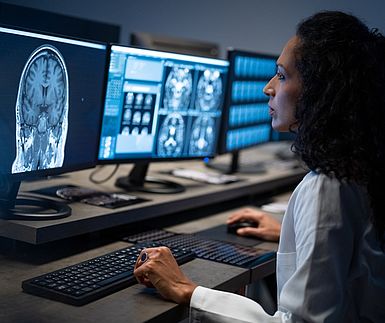 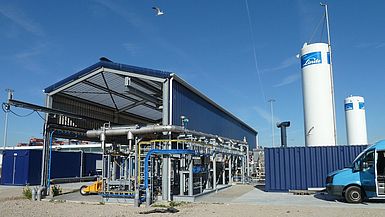