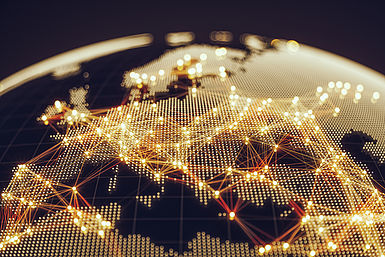 Reliable measurements are essential for innovation in economies and societies: metrology, the science of measurement, is vital for scientific research, trade and industry. New societal challenges and emerging technologies increase the need for accuracy, precision and novel measurement capabilities.

As a building block for an industrialised and increasingly globalised and digital society, the proposal stresses the important role the metrological infrastructure will play in innovation and tackling some of Europe’s biggest challenges, from healthcare to climate change.

Goals for the partnership include:

The expected impact of the Partnership on Metrology is manifold, as its objectives would support a wide range of European policies, commerce and public services.

Following initial concepts for a range of Partnerships proposed by the Commission in 2019, EURAMET prepared a draft proposal detailing a European Partnership on Metrology to accelerate the global lead of Europe in metrology research.

At the same time, the Commission conducted a formal impact assessment and public consultation to identify the best option for advancing metrology research and innovation at European level. Member States were also asked to indicate their commitments to provide additional funding from the national budgets.

As a result of these considerations, the EC has now published its proposal for a European Partnership on Metrology.

Next steps include presentation of the Commission’s proposal for a European Partnership on Metrology in the Competitiveness Council on 26 February 2021.

'The proposal for the Metrology partnership based on Article 185 TFEU will be adopted by a decision of the European Parliament and the Council, following consultation with the Economic and Social Committee.'

The European Commission is asking for feedback on the European Partnership on Metrology >>
Deadline for participation is Friday, 30 April 2021.

Optics in the Sea