Conformity to standards can be required in legislation or at least presumed to reflect best practice. Accuracy in the rate of drugs delivered from infusion pumps to patients can be safety critical, but hospitals used test methods that did not apply metrological best practice, foreseeably allowing dosing errors to propagate. Despite the potential for harm, standards makers had not appreciated the need to promote robust calibration procedures in requirements for syringes used with infusion devices.

When these devices are used to administer high-risk medications, inaccuracies in delivered flow rates can have significant safety implications; especially for drugs with narrow therapeutic margins, with a short half-life, in high concentration, or given to newborn children which usually require very low flow rates.

The potential for harm has been recognised. In 2010, the United States Food and Drug Administration (FDA) received about 56,000 reports of adverse events associated with the use of infusion pumps in the preceding 5 years, including 710 deaths, which was more than for any other medical technology.

The EMRP project Metrology for Drug Delivery (MeDD) highlighted the vulnerabilities of low flow infusion devices to measurement errors. It showed the need for improved knowledge of causes of dosing errors, such as could result from incorrectly sized syringes, or from rapid pressure increases that could cause infusion lines, syringes, and other equipment to expand.

For a medical device to be marketed in the European Union, it must bear a CE Mark and comply with updated standards set by the Medical Device Directive. In the United States, the FDA regulates the sales of medical devices and monitors the safety of regulated medical products. Conformity to recognised standards is also an integral part of the FDA regulatory framework.

The International Standards Organisation standard ISO 7886-2: 1996 Syringes for use with power-driven syringe pumps is such a consensus standard. However, as identified in MeDD, its authors had not addressed causes of flow measurement errors such as expansion of infusion lines, or recognised a need for robust calibration procedures or specific measurement equipment.

The comparison test method widely used in hospitals to check the accuracy of infusion pumps used Infusion Device Analysers (IDA) to generate a reference flow rate. However, at low flow rates, this method was found to produce errors above the maximum suggested by infusion pump manufacturers. Instead, a gravimetric method, as commonly used by National Metrology Institutes, was recommended as suitable best practice.

The project coincided with a periodic review of ISO 7886-2. Responding to a request to provide input for a revised standard, in 2015 a representative of the project consortium presented findings of MeDD at the ISO Technical Committee 84 working group 11 and submitted metrological content to the corresponding working group.

Considering the knowledge of metrology of committee members that mainly represented manufacturers, a strategy was applied of presenting, in relatable terms, the mutual benefits of robust metrological methods for improved patient safety.

Attendance at committee meetings was also prioritised, so suggestions could be explained and defended. The consortium submitted 35 comments to a first revised draft of ISO 7886-2, of which 24 were included in a working draft. Further comments from the working group were discussed in November 2018, and with positive feedback received, was upgraded to a committee draft ISO standard, that included metrology best practices.

A revised standard ISO 7886-2:2020 was published in April 2020, incorporating concepts for measurement uncertainty in its Annex A: Short term flow accuracy, including reference to EURAMET Calibration Guide 19 and GUM – Guide for uncertainty in measurements.

In June 2020, the US FDA stated that its recognition of ISO 7886-2:1996 would be superseded by ISO 7886-2:2020, and significantly, following a transition period that ended in July 2021, would only accept premarket submissions claiming conformity to the revised standard.

The project thus helped manufacturers to safeguard the reliable operation of infusion devices in hospitals, and therefore reduce the risks of adverse patient incidents. 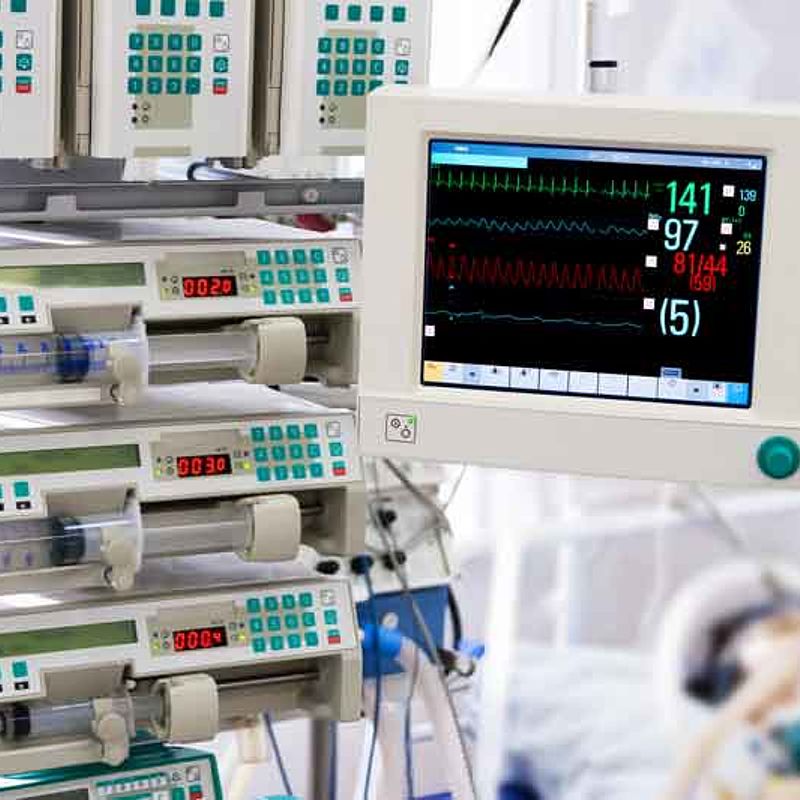 An e-learning course was developed to build awareness and understanding of multi-infusion risks to reduce dosing errors. The course and workshops addressed risks and best practices for infusion technology, delivered at three hospitals in Portugal and two hospitals in The Netherlands. Overall, more than 150 nurses, doctors, and maintenance officers were trained to consider risks and best practice.

Best metrology practices for calibrating infusion devices were proposed for inclusion in standards and a good practices guide was published, leading to a revision of ISO 7886-2. Suggestions were also incorporated into a report of comments for a proposed revision of IEC 60601-2-24 Particular requirements for the basic safety and essential performance of infusion pumps and controllers.

The best practice was developed into a good practices guide for infusion pumps, published at drugmetrology.com